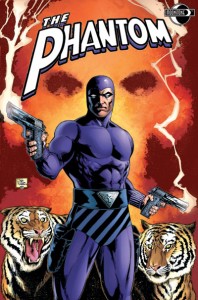 I watched the 6 episode British TV sitcom No Heroics today. It aired in 2008, I only know about it because there was a pilot for an American remake in 2009, thankfully it was not picked up for a series because an American remake would totally mess it up.

I’m still interested in seeing the American pilot sometime, as Freddie Prinze Jr. was playing the jerk superhero character, and Paul Campbell (Billy from BSG) was the lead character.

I was also interested in watching the original show as the creator, Drew Pearce, was just hired by Marvel to write a script of The Runaways.

But back to the original British show, I want more!! I wish it lasted beyond it’s original 6 episode run. The premise is simple, “The world is the same, with one difference, there are superheroes.”

Most of the action takes place in a bar, The Fortress, with some rules, no powers, no costumes, no sidekicks. This keeps the main characters out of costume most of the time. But occasionally, as we see them out of the bar, or in flashback describing their day, they are in costume.

The supporting characters, are all equally funny, even the goofy villains
The special effects are surprisingly good, especially by 1970s Dr. Who standards

I hope it comes out on DVD in the US soon.

I know, clearly i’m catching up on a lot of old editing I needed to do.

Flashback to the biggest year in Superhero Movies ever! 2008 was packed, this is our panel from that year’s Starfest, it was the last time Jefferson came back to Denver for the con.

It’s a good hour, it’s fun to see what we got right and what we got wrong, and it had a lot of good Q&A with the audience.

My news segment from April 2010 at the Starfest Convention in Denver CO. Obviously stuff changes on a daily basis, and things have changed in the month since I did this, but it’s a good primer on the current info. Also I think it was entertaining and possibly the best presentation i’ve given of this type. 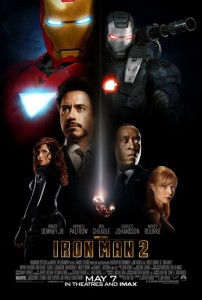 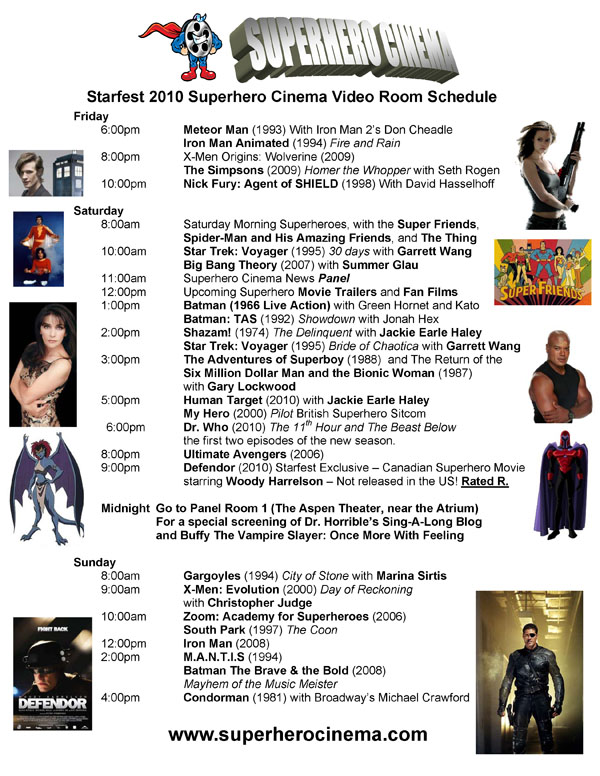 The Five Stages of iPad Grief – On Apple and Buying

This isn’t exactly Superhero or Comic Book commentary, other than the fact that I would love to read comics on an iPad.

This is adapted from The Five Stages of Grief by Kübler-Ross.

Prior to the iPad’s announcement, I followed all the rumors, I’d decided that it just wouldn’t make sense for me as a product.   I could see the potential, but I didn’t think I’d be tempted at all.  “I have a laptop, I have a smartphone, what do I need with another device”.

Watching the announcement, there were two stages of anger.  The first stage was the fact that the Steve Jobs reality distortion field was in full effect; I was very quickly falling in love with the iPad.  I didn’t want to, but I started envisioning all the scenarios this device could work in my life.  Then the second stage was when I realized the limitations and the things I thought would bug me too much to work for me, the additional cost for the 3G version, the lack of the forward facing camera for the absolutely natural video conferencing that the device would be perfect for, etc.

This is when I started thinking about the ways I could justify buying an iPad, if I get rid of my smartphone, and go back down to a regular phone, I can justify the 3G fee.  My 1st Gen MacBook is really old and out of warranty, so I need a new main machine, can the iPad function as my main machine?  Can I justify getting work to pay for it?  If not, can I sell my wife on it?

I just don’t know if I can convince myself to buy it, I mean, believe it or not, I’m not actually an early adopter, I never buy the 1st generation of any technology, I was one of the last people to have a CD player.  I only just recently bought my first plasma TV.  I still don’t have an iPhone.  Plus I really want the 3G, so if  I order a 3G model and I don’t get my iPad when everyone else gets their Wifi model, will I still get that satisfaction in being one of the first?

You know you’re going to do it, just figure it out. 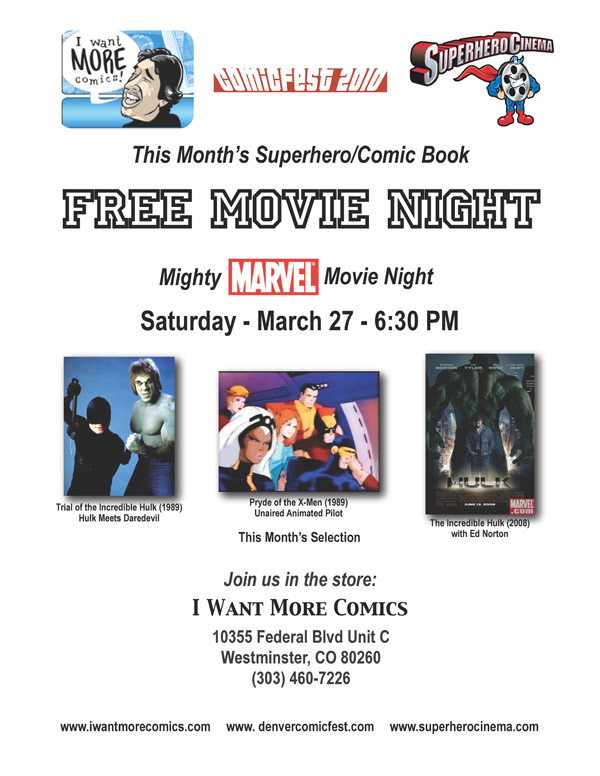 Superhero Cinema, Comicfest and I Want More Comics Invite you to join us in the store for our next Free movie Night. Saturday March 27 2010 at 6:30 PM

Superhero Cinema is now also involved in Comicfest, a new convention attached to Starfest.  Last year I did one panel there, this year I will be doing more, I will probably be moving the activities from the video room at Starfest to Comicfest.  All of the video programming will still be at Starfest.  Video schedule will be posted soon. 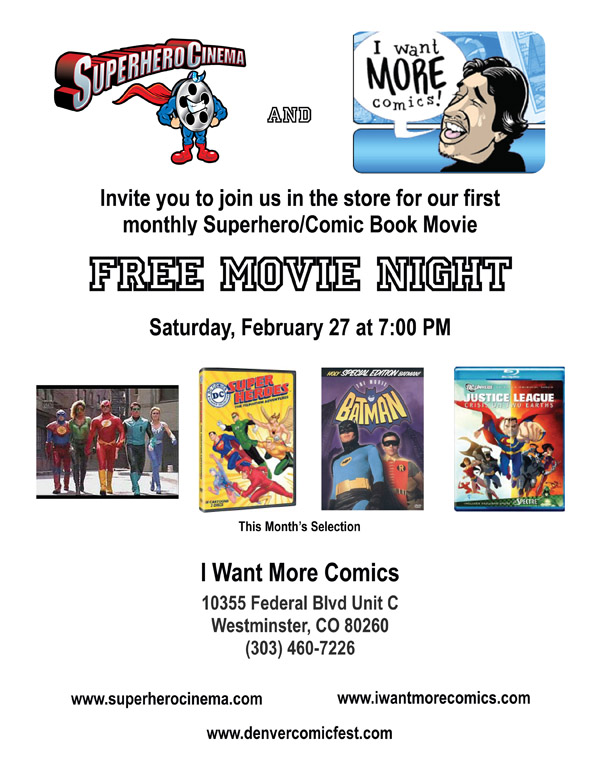 Superhero Cinema and I Want More Comics Invite you to join us in the store for our first monthly Free movie Night. Saturday February 27 2010 at 7:00 PM